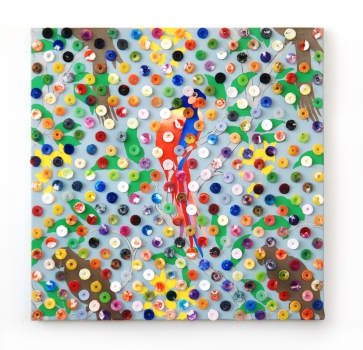 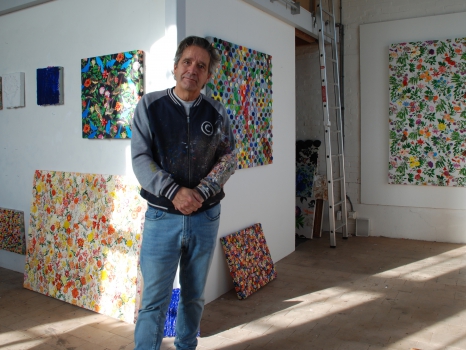 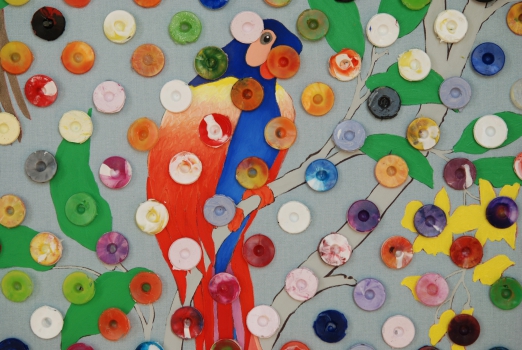 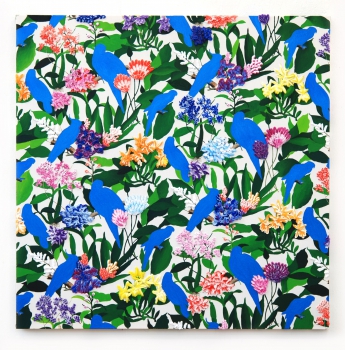 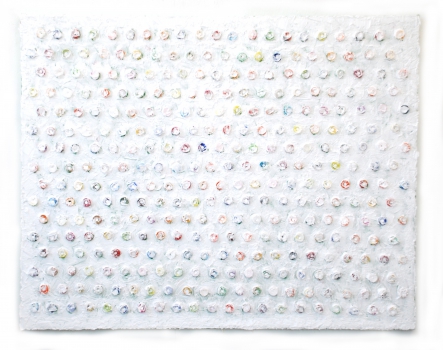 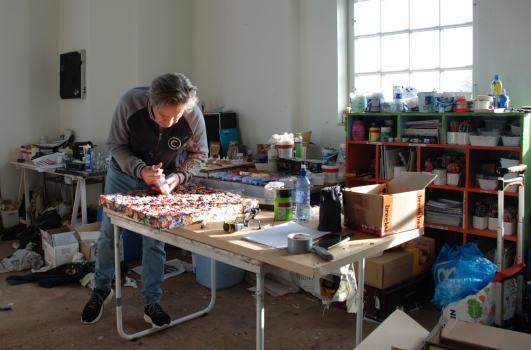 Arjan van Arendonk (1957) lives and works in 's-Hertogenbosch. A striking feature of his paintings is the use of printed fabrics as a background. This fits seamlessly with his vision that art is above all 'close by'. An everyday product is transformed into a work of art.

Arendonk has chosen to not start from a blank canvas for his paintings. After previously working on photos and wallpaper, he started to make paintings on a background of printed fabrics around 1990. In these Patchwork Paintings, as he initially called them, the printed fabric played a rather unimportant role. Over the years this changed completely and the fabric itself became the drive for new paintings.

Van Arendonk developed his own working method with the use of self-mixed silicone and embroidered birds. The tropical birds can often be interpreted as messengers of change. The silicones mixed with colour pigments give a beautiful three-dimensional effect. This material enables him to play with the important elements of covering and transparency.

The repetitive industrial pattern of the fabric fascinates him, but because of his personal touch of paint, embroidery and silicone, he breaks through the strict regularity. The hand of the painter always remains visible on closer inspection. The industrial motif is, as it were, isolated and elevated from its context into a work of art.

The works of Arjan Van Arendonk are a true feast for the eyes and can best be described as colourful, floral compositions. Nature for Van Arendonk's is the great teacher that influences his artworks. 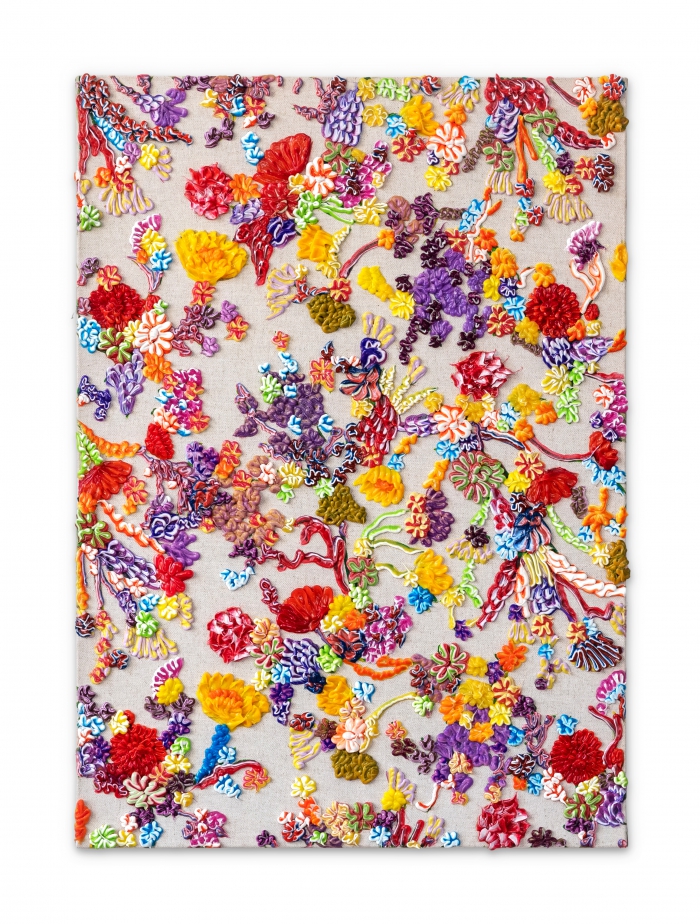 Meeting (in a different World) 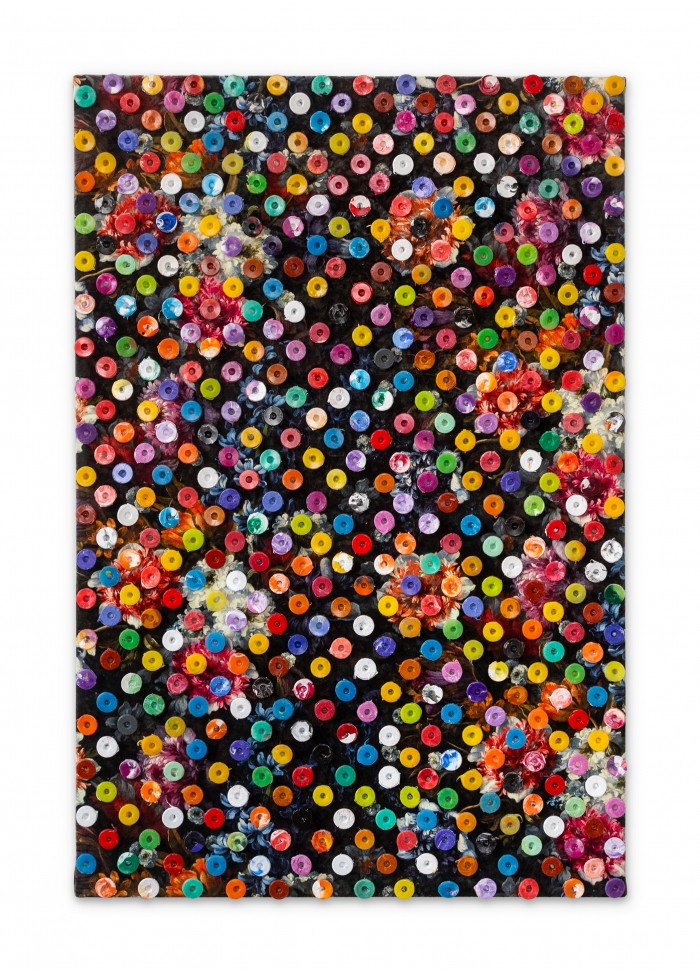 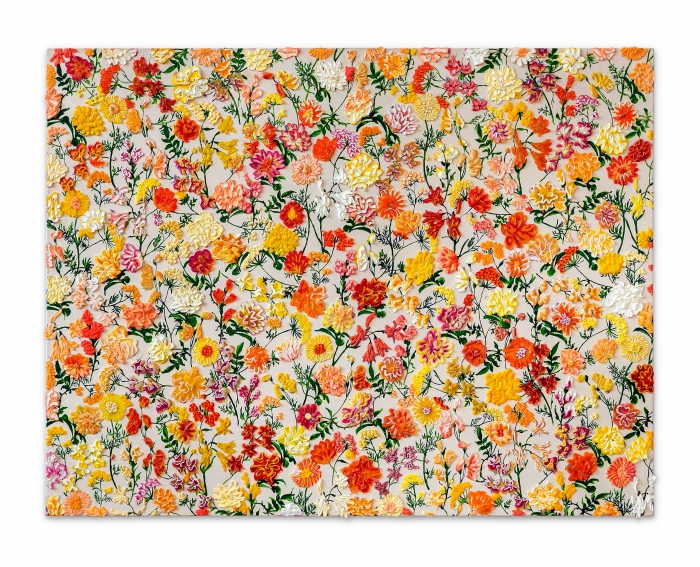 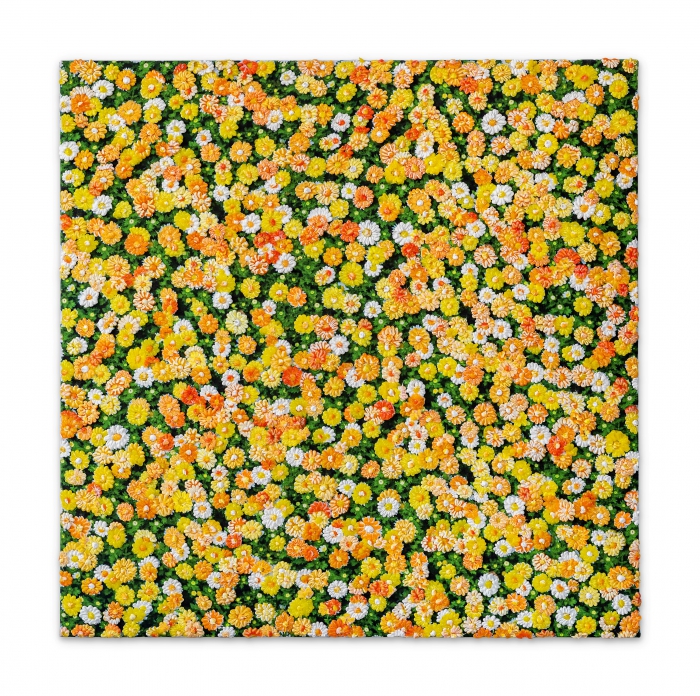 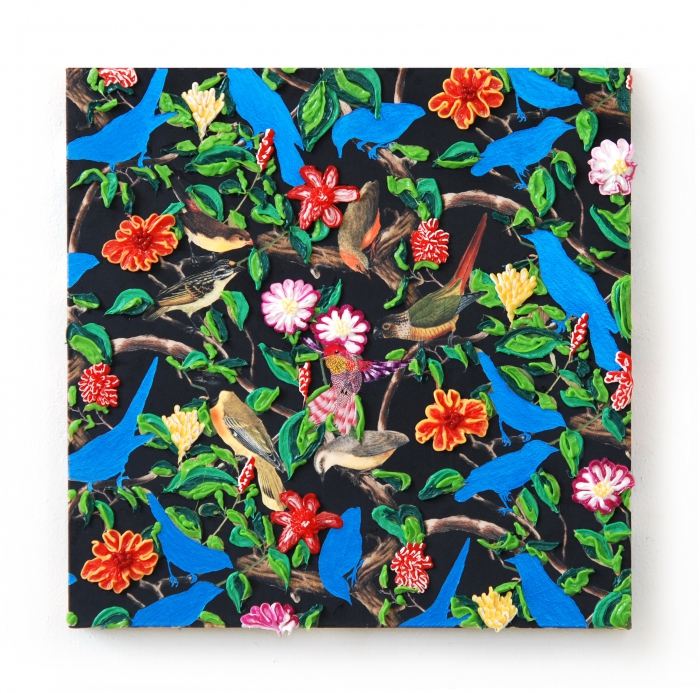 Another Escape from Reality 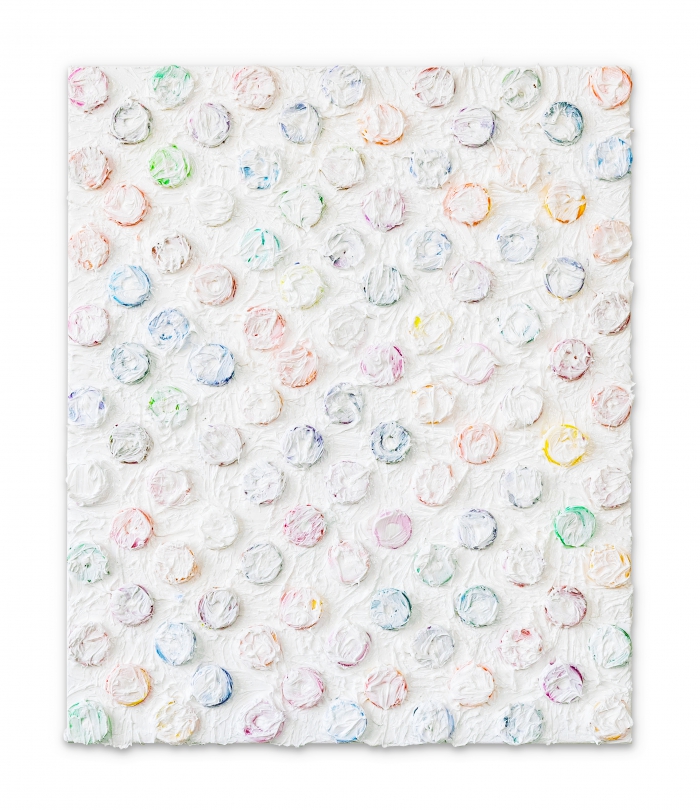 View all works in serie RESET